If corporations are people, what are their personalities? Can we have relationships with them? What is that like?

A person tweeting behind a corporate handle is neither that person (who would tweet about personal things) nor the company (which would tweet a boring party line, much like if you called a company on the phone and got a recording). It seems closer to the company identity, but I wanted to see if I could get to the human involved.

I didn't want any of our conversations to be biased by anything particular about my identity, so I created @MarioLoweystro. Mario is intentionally as bland as possible. But he's obviously human; I didn't want anyone to think he's a bot. I then tweeted at some companies, trying to get to know the people behind them.

Here are my experiences.

And here's a guide showing how to make friends with corporations.

I started off with popular companies, including top-100 Twitter accounts, companies that are supposedly good at Twitter, and really big companies. This turned out not super fruitful - they tend to have millions of followers, and therefore, they can't talk with me. Their accounts are just broadcasts. But then I started tweeting at smaller companies, more local companies, less "sexy" companies. (from a list of Pittsburgh corporations.) They tended to be friendlier. As I went, I varied my styles and talked about different topics; to see what happened, check out my slides above.

Who were my best friends? Probably @WholeFoods, @Tesco, @Huntington_Bank, @Kennametal, and @Zappos. We had some good talks.

We had an exhibit at CMU too for all our final works: 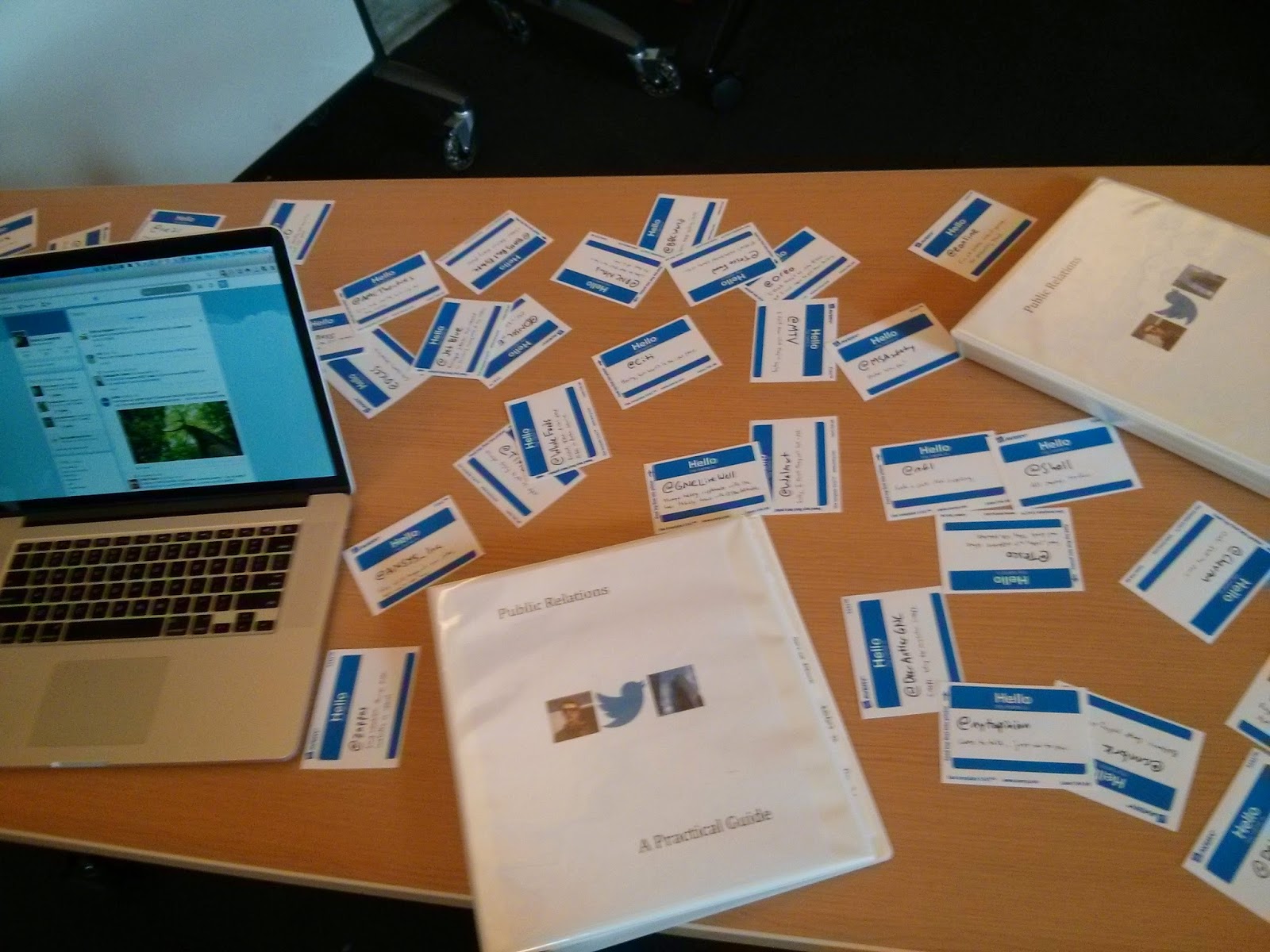 I displayed the record of my conversations, the guide I created, and a bunch of name tags for the companies I met. Plus my computer, so you could try making friends with corporations too. (in fact, go log on to Twitter and try it yourself now!)
Posted by Dan at 7:07 PM No comments: